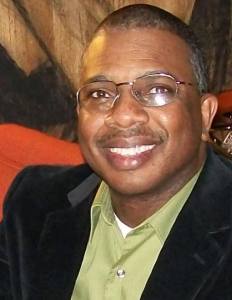 Milton Davis is currently a Research and Development Chemist for Chemtronics, a company specializing in chemicals and coating used for reworking and repairing circuit boards. Milton has been a research chemist for over thirty years specializing in polymer coatings. He is a 1983 cum laude graduate from Fort Valley State University with a B.S. Degree in Pure Chemistry with a Math Minor. Milton has utilized his skill to develop polymer compounds for the textile, janitorial, and computer industry. In 2004, Milton received a U.S. patent for his Cleaning Solvent and dispenser pen designed to remove conformal coatings and adhesives from circuit boards and other electrical equipment.

In addition to being a research chemist, Milton Davis is a speculative fiction writer and owner of MVmedia, LLC, a micro publishing company specializing in Science Fiction, Fantasy and Sword and Soul. MVmedia’s mission is to provide speculative fiction books that represent people of color in a positive manner. Milton is the author of Changa’s Safari Volumes One, Two and Three. His most recent releases are Woman of the Woods and Amber and the Hidden City. He is co-editor of four anthologies; Griots: A Sword and Soul Anthology and Griot: Sisters of the Spear, with Charles R. Saunders; The Ki Khanga Anthology with Balogun Ojetade and the Steamfunk! Anthology, also with Balogun Ojetade. Milton Davis and Balogun Ojetade recently received the Best Screenplay Award for 2014 from the Urban Action Showcase for their African martial arts script, Ngolo. His current projects include The City, a cyberfunk anthology, Dark Universe, a space opera anthology based on a galactic empire ruled by people of African American descent, and From Here to Timbuktu, a steamfunk novel.

Milton resides in Metro Atlanta with his wife Vickie and his children Brandon and Alana.