Boskone boasts rich art programming full of live demos, discussions, and exhibits. See our Artists in action as they create a new painting right before your eyes! Also, check out the art show for a unique look at some of the best art in the speculative fiction world and attend our art panels for in-depth and engaging discussions about art and the speculative art field. 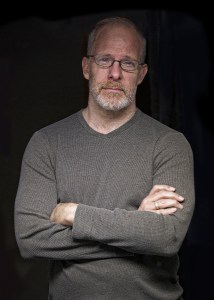 When we think of science fiction and fantasy art, we normally remember the beautiful covers that we see on books, magazines, posters and calendars. Too often, the art inside these publications is ignored. The interior illustrations can be elegant in their style and imagination; a simple line drawing can be exquisite in its execution.

In this year’s Boskone art exhibit, we aim to provide a representative sampling of science fiction and fantasy illustration from both genre and non-genre sources. Ranging from comic strips to advertising, from children’s literature to horror, from the everyday working artist to some of the most celebrated of the field, the exhibit will cover every decade since 1900.

At Boskone 54, the black and white art on display will feature a wide variety of styles and subjects. Artists represented will include:

Join us as we explore the last 100 years of black and white illustration, which we’ll see (as always) through the collections of local artists and enthusiasts. Tell us what you think; we’ll be in the art show.

Several artworks are for sale.

Boskone features the most impressive speculative art show in New England. This year’s Art Show will showcase original works by Official Artist Dave Seeley as well as dozens of artists from  New England and beyond. The show will have 100 panels, plus about a dozen tables for 3-D work. For an up-to-date listing of confirmed artists, please visit Boskone’s Artists/Art Resellers page.

For those interested in taking a piece of original art home, the Art Show hosts a silent auction which runs through throughout the weekend, closing at noon on Sunday. Winning bids and art show sales occur from 1-3pm on Sunday.

The Art Show also includes a Print Shop, with hundreds of reproductions available for immediate sale, and a resale area where anyone may enter previously-purchased items that they wish to sell.